The course consists of eight lectures by inspiring composers and music thinkers of today from around the world who will share the topics they are currently researching and are most passionate about.
Every meeting will start with a lecture and end in a discussion between participants and the lecturer about the presented topic and practice.

The online classroom space will allow participants to discuss, think, learn, and exchange experiences. The course will connect ideas and people from all around the world and will allow the community to grow in a simple, relaxed way on Saturday mornings, as people join from their homes with a cup of coffee. The course will create a safe, accessible space for the exchange of ideas.

James Saunders is a composer with an interest in group behaviours and decision-making. He performs in the duo Parkinson Saunders and runs the Open Scores Lab at Bath Spa University. For more information see: www.james-saunders.com

An Austrian composer and organist who loves tea but dislikes Wagner and lawnmowers, Klaus Lang creates music that does not aim to convey extramusical content such as emotions, philosophical or religious ideas, political propaganda or advertisement. Rather, Lang sees music as a free and self-standing acoustical object. In his work he does not use sound but rather explores the sound and allows it the opportunity to disclose its inherent rich beauty. If we allow sound to be just sound, we perceive it as what it really is: a temporal phenomenon. Audible time. For Lang, time is the genuine material for the composer and serves as the fundamental content of music. Lang encourages us to consider musical material as time perceived through sound. The object of music becomes the experience of time through listening. For more information see: https://klang.mur.at/ 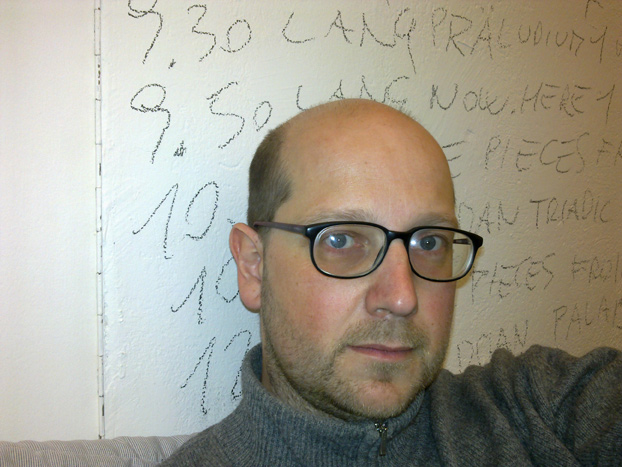 Michael Maierhof is a German composer based in Hamburg, who has studied mathematics and music in Kassel, as well as art history and philosophy in Hamburg. He has been writing non-pitch-organized music since the early nineties in which he works with instruments, objects, video, preparations, applications, oscillating systems, and motors.

Jürg Frey is a composer who became a member of the Wandelweiser Composer Collective in the 1990s, which turned out to be an experience full of inspiration, challenges, and long-lasting friendships. Around this same time, he also began his international activities wherein he developed his own language as a composer and sound artist with the creation of wide, quiet sound spaces. His work is marked by an elementary non-extravagance of sound, a sensibility for the qualities of the material, and precise compositional approach.

Born in Israel in 1976, Ilan Volkov began his conducting career at the age of nineteen. In 2003, he was appointed Principal Conductor of the BBC Scottish Symphony Orchestra and subsequently became its Principal Guest Conductor in 2009. Between 2011 and 2014, he was appointed Music Director and Principal Conductor of the Iceland Symphony Orchestra. Equally interested in opera, he has conducted works by Tchaikovsky, Britten, Weill, Bartók, and others. A frequent guest with leading orchestras worldwide, Ilan Volkov works regularly with a wide range of repertoires and ensembles and appears in many festivals throughout the world. Ilan Volkov created the Tectonics Festival whose programming reflects Volkov’s omnivorous interests in experimental, free improvisation, electronica, folk, world music, and new hip-hop, and wich has now been presented 21 times in festivals around the world.

Salomé Voegelin is an artist and writer who works with sound’s relational capacities to practice possibilities of the undisciplined and to look for the transversal in its fuzzy geographies. Her practice engages in participatory, collective, and communal approaches, and seeks to ‘uncurate’ curatorial conventions through performance. She writes essays and text-scores for performance and publication. Her authored books include Sonic Possible Worlds (2014/21) The Political Possibility of Sound (2018) and Listening to Noise and Silence: Toward a Philosophy of Sound Art (2010). Voegelin is a Professor of Sound at the London College of Communication, University of the Arts London, and currently also represents the Professorship Sound Studies at the University of Fine Arts, Braunschweig, Germany.
www.salomevoegelin.net 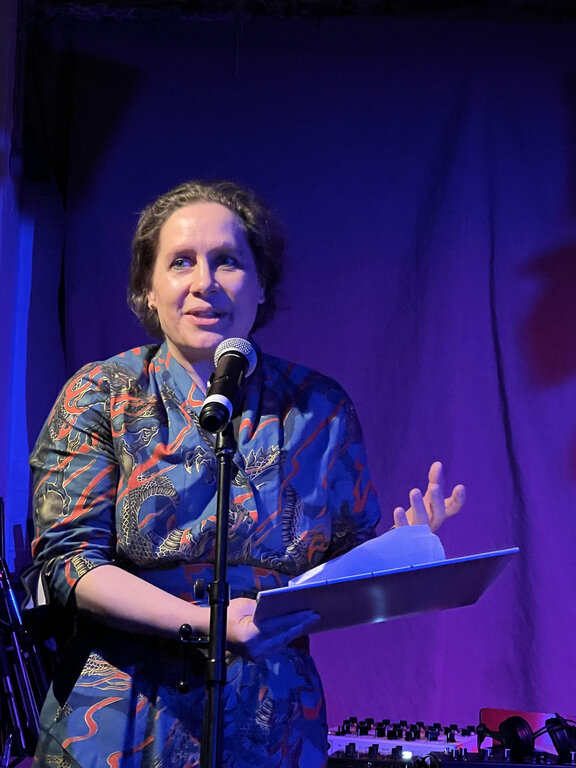 Donatienne Michel-Dansac has performed as a singer in a wide array of repertoires ranging from baroque to contemporary, including musicals, and has worked with conductors such as François-Xavier Roth, Daniel Barenboim, Sylvain Cambreling, Pierre Boulez, Emilio Pomarico, and William Christie. She is a member of the Villa Medici selection jury, a professor of vocal technique at IMD Darmstadt, CNSAD Paris for actors, Opera-Studio of Teatro de La Plata/Argentina, Studio Opera de Paris for singers, and is Regent Lecturer at UC Berkeley for vocal writing with composers. She is the artistic director of the company A Vive Allure.

Johannes Kreidler studied composition, electronic music and music theory in Freiburg and TheHague, among others with mathias spahlinger and Orm Finnendahl. In 2012 he was awarded the Kranichsteiner Music Prize of the Darmstadt Summer Course for New Music. Since 2019, he is Professor for Composition at the Hochschule für Musik Basel.

Ilmė Vyšniauskaitė is a Lithuanian photographer and musicologist. Having graduated from Goldsmiths College, University of London with a specialty in Contemporary Music Research, she is looking for new ways to work with contemporary music through the practice of photography and video production. 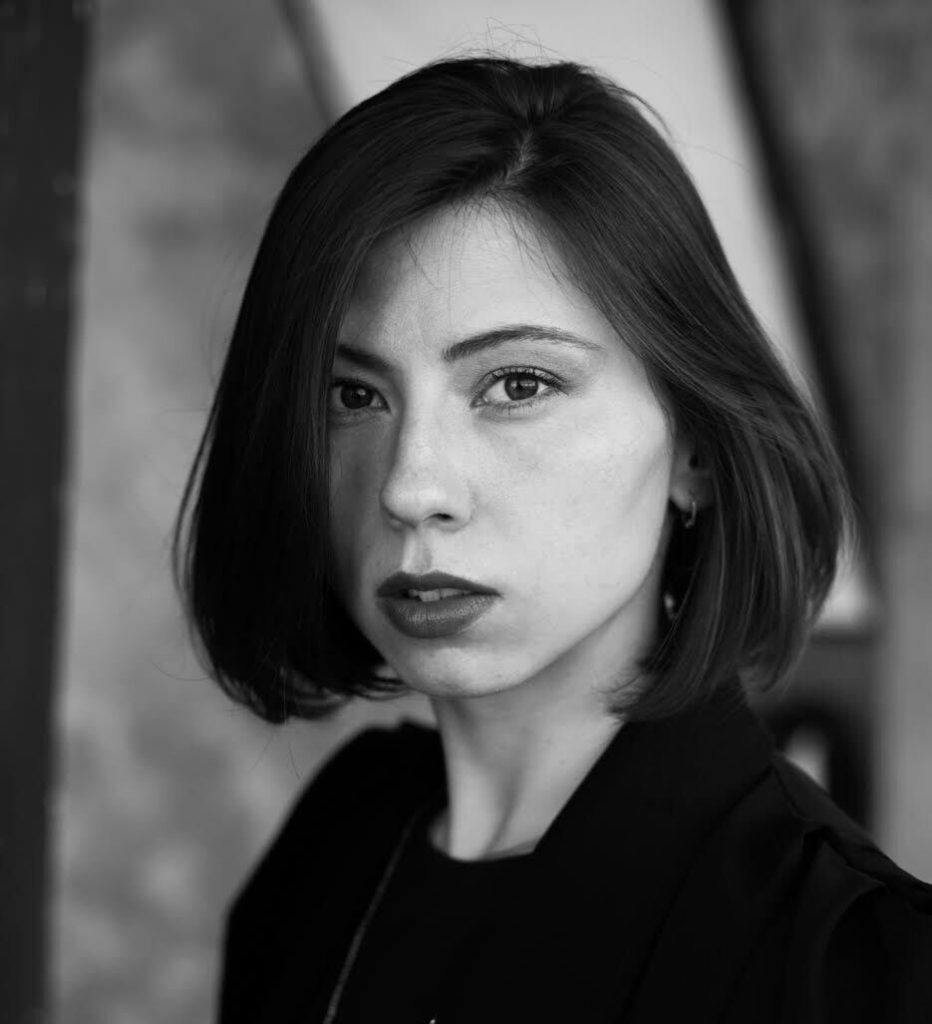